The American people have suddenly been hit with a brexit like situation. Many have taken to the streets to protest against Trump’s win. But Trump has won hands down and there is no doubt that most of rural America has voted for change and Donald trump. This has huge implications in terms of what the American whites want as they came in droves to support trump and the election was no longer a close fight. It was clear that America had been made to actually feel the horror of their fears and they wanted to feel safe and cozy under Trump. 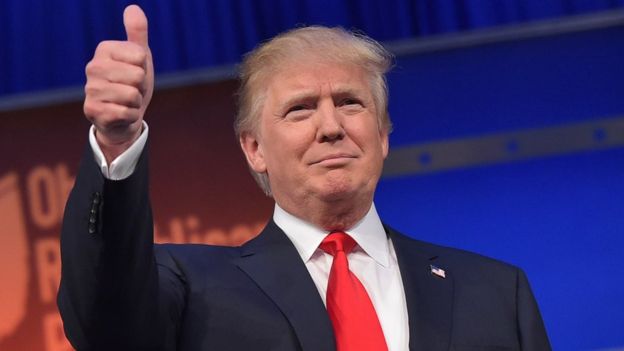 Hillary led in all towns as the educated did not have such deep fears and were confident of taking on the challenge of immigrants and globalization. Also perhaps they were a bit lax and were sure Hillary would win even if they themselves did not go out and vote. The educated American dislikes narrow thinking and also do not trust Trump who they see as not stable and clear of his own views. They feel he can do round-about turns any time.

The Mexicans who seem to have the most to lose too seem to have not bothered much nor has the black community that went out of the way to vote for Obama.

This election has been very similar to the Indian election in terms of the feelings of majority Hindus who wished to see change in the way other communities were being favoured and pampered. Same with Americans, they feel they have more right over America than other immigrants and want to see someone being protective about them. The Brexit was also in line with similar feelings. With the growing intermingling of people and economies, the fear of losing out is growing. Trump too kept harping on the trade imbalance with China.

A new world order awaits as the worst enemies of the 20th century are looking to be best pals of the 21st century. There were celebrations in Russia as the Germans were cautious. Trump has extended a friendly hand to Indians but the Muslim Indians may not really be part of his favourites list. Some hardliner Indians are hoping to get their job done through trump as he drives hard against all Muslims of the world, they imagine. Some Muslims back in America are fearsome of a Hitler like anti-muslim drive.

Whilst most people had bet on history being made in the form of the first women being elected as president of America, it appears that history is poised to be written in a newer light altogether. Power now seems to lie to hardliners more and more and the world’s most powerful man appears to some as the most dangerous man.

As always only time will tell what finally happens but within new hope of Trump’s supporters lies the fear of the rest of the world! May god bless America and the world!