What is Indian Foreign Service (IFS)? 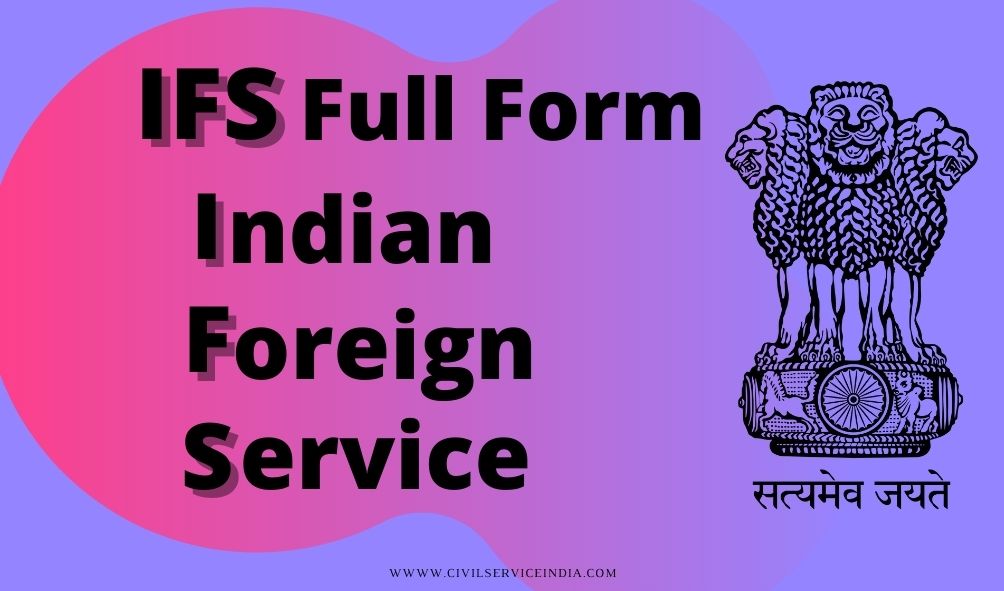 The Indian Foreign Service (IFS) is the diplomatic civil service under Group A. It is one of the Central Civil Services under the executive branch of the Government of India. The members of the Indian Foreign Service (IFS) represent the country in international territory. This service is very different from other services; it deals with diplomacy, trade and cultural relations. One of the primary goals of the service is to frame foreign policies and management of Indian missions abroad.

In recent years, the intake into the Indian Foreign Service has averaged between 30-35 persons annually. The present cadre strength of the service stands at approximately 850 officers around 193 Indian missions and posts abroad and at home.

In India a Foreign Service officer can serve as a Regional Passport Officer(RPO) or can go on deputations to the Ministry of Defence, Prime Minister's Office, Ministry of Commerce, Department of Space or the United Nations, World Bank etc.

What kind of training is offered under Indian Foreign Service (IFS) ?

A candidate who is selected in the Indian Foreign Service (IFS) through Civil Services examination undergoes a comprehensive training Programme. This initiative offers thorough knowledge about diplomatic qualities and diplomatic skills to the candidate. The probationers enter their training, from the other All India Services, at the Lal Bahadur Shastri National Academy of Administration, Mussourie. Thereafter they join the Foreign Service Institute in New Delhi, where they focused training in the various disciplines that a career diplomat needs to familiarise himself/ herself with. The class involves lectures, attachments with various sections of the Government as well as becoming accustomed to touring both within the country and abroad. The ultimate purpose of the course is to fill the new candidate with a strong sense of history, knowledge of diplomacy and international relations. Finally, the officer is assigned his/her compulsory foreign language (CFL). After a brief period of desk attachment in the Ministry of External Affairs the officer is posted to an Indian Mission abroad in a country where his CFL is the native language and enrolled in a language course. The officer is expected to develop proficiency in his CFL and pass the requisite examination before he is confirmed in service.

What is the eligibility for Indian Foreign Service (IFS) ?

IFS eligibility for persons with disability

Over the years IFS has produced President and Vice President of India, Speaker of Lok Sabha, Ministers, Parliamentarians, noted authors, scholars, historians and international public servants from its ranks. Here are some famous ex IFS officers.