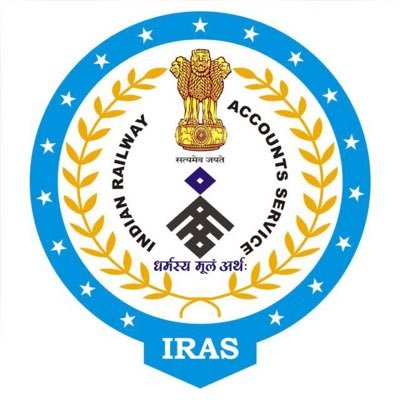 The Indian Railway Accounts Service (IRAS) is a Group 'A' civil service. The IRAS officers are primarily responsible for managing and maintaining the accounts and finances of the Indian Railways. Earlier, finances of Indian railway were initially overseen by the railway branch of the Public Works Department which was headed by the Accountant General, Public Works Department. Later, on the recommendations of the Acworth Committee, a Financial Commissioner for Railways was appointed. But later railway finances were separated from the general finances of the GOI. This process of separation was finished in 1929. This was the beginning of the IRAS cadre.

What are the eligibility conditions ?

The Recruitment and Training of IRAS are brought in success by two modes, one by regular Civil Service Exam held by the UPSC commission annually. The second is by promoting the Group 'B' officers of Accounts Department already posted in zonal railways to IRAS. The half of the total numbers of IRAS officers are selected by direct recruitment and rest by promoting the Group 'B' officers.

What are the trainings offered ?

What are the roles and responsibilities of a IRAS officer ?

The primary roles and duties of an IRAS officer is about handling the Accounts and Finance department and offering financial advice to the executive. Some of the other duties include: